About once a year, our family tries to take a short vacation together to get away from the hustle and bustle of everyday life. We usually take the vacation with my parents (who live about 5 hours away) and normally we head north, towards the mountains where the weather is cooler. This year, since we moved down south, we decided to meet up at St. Simon’s Island, GA.

We used to live in Brunswick, GA and frequented the island, so we were familiar with the restaurants and attractions. If you’ve never been to St. Simon’s Island or Jekyll Island, then you’re missing out! There’s a ton of historical sites between the two islands and it has many great restaurants and golf courses. The beach is gorgeous but the water is quite brackish and murky, so beware when swimming. Also, the ocean surrounding the two islands is a shark breeding hot-spot so there are tons of fish and sharks swimming around in the water!

We rented a GORGEOUS house on the island within walking distance to the pier, shops, and restaurants. The house was recently built with 4 bedrooms and 2 bathrooms, decorated in the farmhouse style, and had a gorgeous open kitchen, backyard pool, and oasis. Of course, as soon as we unlocked the house at 7pm, the kids were in the pool! They swam until 10:30p when my parents arrived that first night.

Saturday morning we woke up, cooked breakfast, ate together as a family, then went our separate ways. My parents had some errands to run, so the hubs and I took the boys to the beach to do some shark fishing!

We arrived around 8:30a and were the first ones on the beach. We setup our chairs and got our poles ready. Hubs and my oldest son waited, waited, and waited for a bite while I played with the little guy. Finally, I asked Hubs to setup a pole for me and within 5 minutes of casting out and sitting down, I got a bite!

I reeled in a baby black tip shark. By this time, there were other people waking up and coming out to the beach. One kid from Michigan came running over with his phone to get a picture – he had never seen a shark before. Hubs held the shark while the kids felt the sandpaper skin (they were so surprised!) and then released it back into the waves.

After the first catch, I managed to get another bite! I reeled in a Whiting, snapped a quick picture, and tossed it back in.

At this point, kids were swarming us, families were piling on the beach and setting up all around us (keep in mind we have three fishing poles in the water with hooks!). Hubs got a little frustrated after one kid tripped over our line, so we packed up and moved down to a more deserted section of the beach.

Before Hubs and I even got our poles baited, my oldest son cast his out into the water and was screaming for help as he was wildly reeling in something big! His pole (which, mind you, are river-fishing-poles NOT shark-fishing-poles) was completely bent in half in the shape of a U and he was running down the beach to get closer to whatever he caught!

Hubs quickly ran into the water and yanked the line onto the shore before it could break; and my oldest got the catch of the day! A 2 foot black tip shark!

We didn’t get catch anything else and decided to wrap it up around 11:30a that morning. The boys had a great time and my oldest is going to be my husbands little fishing partner, for sure!

We met my family for lunch at a restaurant called Barbara Jeans (highly recommend – try their pumpkin bread). We returned to the rental house and swam the rest of the day. For dinner, we grilled out at the house, played games, and swam some more.

Skipping every single little detail of our trip, I’ll highlight some of the more exciting moments. After a lovely Italian/Mediterranean dinner by the pier, we decided to get the poles out and use the remaining bait and cast off at the pier.

It was absolutely gorgeous – 7:30p – the wind was blowing strong, keeping the summer heat from bothering anybody. Several couples and families were walking the pier; fisherman had their nets and poles cast out, waiting for a bite – it was just really relaxing and nice to watch the sunset with the family.

The guy next to us caught a 6 foot bull shark right off the pier, but the shark cut through the line as he was pulling him from the water (you could see the whole shark but it fell back into the water when the line snapped). It was a great moment for him!

As predicted, we didn’t catch anything – we had a few nibbles but nothing more than that. We called it a night after a couple hours and headed back to the rental house.

All in all we had a lovely family vacation – very relaxing, fun, and much needed! The kids swam for pretty much three days straight and we even got to do some fishing for the Hubs!

St. Simon’s Island is a must-see if you haven’t been yet!

Where have you vacationed this year? What has been your favorite spot?

This site uses Akismet to reduce spam. Learn how your comment data is processed. 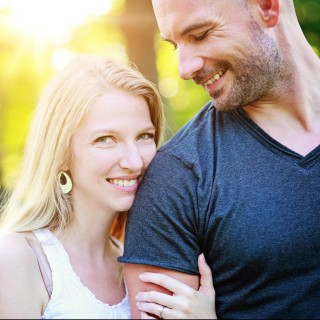